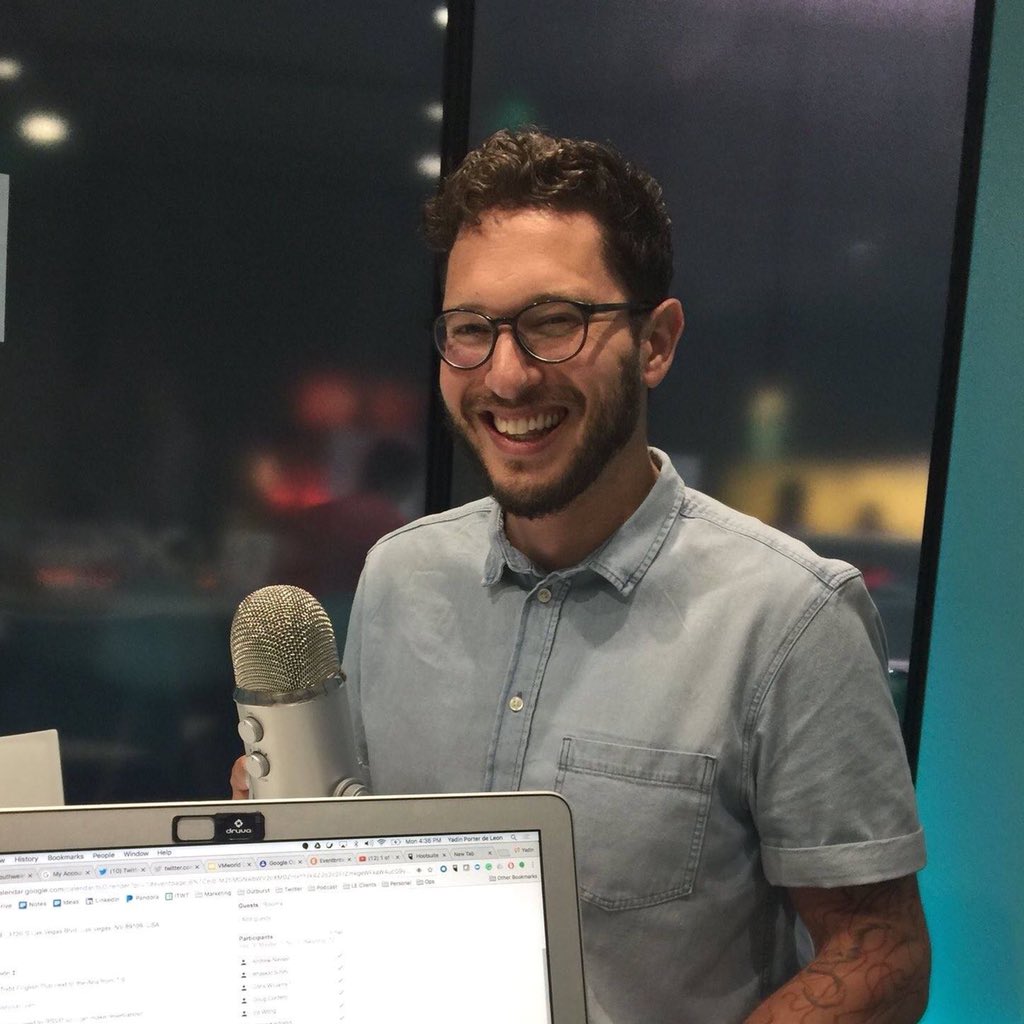 To start this series on metrics off right, an aside is needed.

The search for ROI (return on investment) from programs has brought me down some off-the-cuff attempts at proving value. One example from my talk at CLS that hit home for many was on stickers.

Next, some number of sticker adopters are big personalities in the industry. If that person puts my sticker on their laptop, I can estimate the value. If I get stickers in front of the right people, some of them will be regular speakers, and often speaking at events throughout the year. Those talks are also posted after the fact, and hey, our sticker could be in it.

Now if I calculate the aggregated views across in-person events and online replays of talks, we get a serious number of views. Dividing the money spent by the views leaves us with a reasonable estimate of sticker cost per view.

That’s where the fun begins. Now compare that to another investment: hiring a contractor to generate awareness content. Making reasonable estimates on cost for a contractor and average views, we reach another value. A little division leaves us with a content cost per view.

Lastly, calculate the **comparative return on investment **as measured by views (or ROI AMB views).

In this example, the value of stickers is 5x to 76x greater.

We have officially proved a point. The exact number of views can be argued, the cost of a contractor can be argued, but the conclusion cannot: we can compare the relative value of stickers and content.

If these hypotheticals still seem absurd, it’s because they are. What’s awful or hilarious depending on your perspective is that it is wildly presumptuous. But the scary truth is that it is no more awful than the leaps of faith made in every Go To Market awareness campaign. Given the clear influence sticker culture has on Developer and Operation Engineers, why not argue for them to be valued in a similar light?

I’ve had stickers called frivolous, childish, and plain old stupid by people with budgets. Ever since I started to arm myself with metrics that include tactical analysis based on available budget and target audience, I hear no such push back.

The punchline doesn’t end at stickers, however. It ends with a gut check: 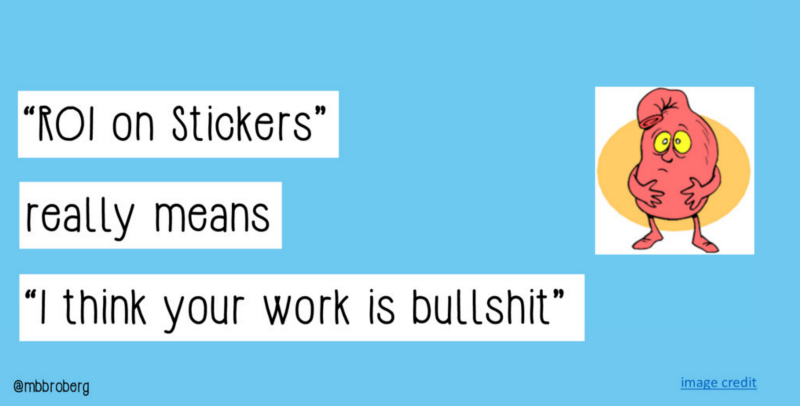 The intended outcome is not for you to go argue the exact ROI of each sticker you generate (though if you do find that valuable, let me know — that’d be cool to see). The intention is to show that metrics positioned as relative values to other investments can be infinitely more effective than arguing “it’s the right thing to do for our Community.” Position the value and, if you have to, do the math to prove a point. The important part is you know what your business values.

Community will be valued when we make it easy to see it relative to key business indicators or results. In my next post, I’ll dig into other metrics that have helped me out in times of need.

Send feedback and requests to me on Twitter or review my other talks. Happy measuring.